The first and only total solar eclipse of 2015 crosses the far-northern reaches of the north Atlantic Ocean on the morning of March 20. Lucky observers on the Faroe Islands and few northern island outposts can see the total eclipse for themselves, and most of Europe can see at least a partial solar eclipse. If you can’t catch a last-minute flight to see this total solar eclipse for yourself, Slooh has you covered. We’re broadcasting the eclipse live with Paul Cox and Bob Berman from the Faroe Islands with live images and commentary as the event unfolds, starting at 4:30am EDT/1:30am PDT/08:30 UTC.
LINK to Slooh.com Live Coverage 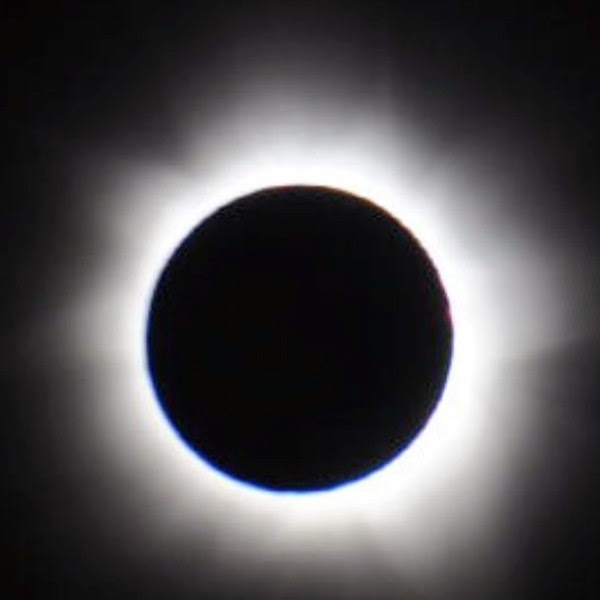 By Bruce McClure in Earthsky.org Tonight
(Total eclipse of the sun on November 11, 2012. Image via NASA.)
When the new moon closely aligns with one of its nodes, the moon’s dark umbral shadow falls on Earth,
presenting a total eclipse of the sun.
On March 20, the larger-than-average new supermoon swings right in front of the sun to totally block out the solar disk. Although you have to be at the just right spot on Earth to witness this total eclipse of the sun
(Faroe Islands and the Svalbard archipelago),
a much larger swath of the world gets to see varying degrees of a partial solar eclipse
(Greenland, Iceland, Europe, northern Africa, the Middle East and northwestern Asia).
Remember to use proper eye protection!
By Bruce McClure in Tonight
(Unfortunately, we will not be able to see the Total Solar Eclipse from Seattle area)

Is it possible to have three eclipses in one month? 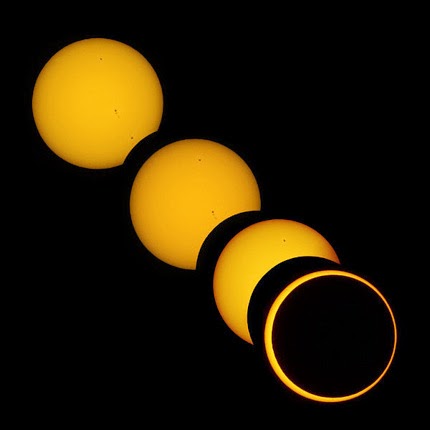 By Deborah Byrd in Today's Image 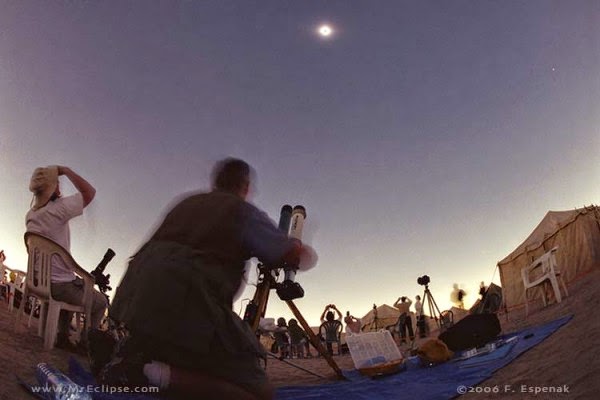 (from Earthsky.org)
This is a 2006 total solar eclipse, captured by eclipse master Fred Espenak.
On Friday – March 20, 2015 – the sun, moon and Earth will temporarily form a straight line in space. The moon’s shadow will fall on Earth. Those within the shadow’s path will see a total eclipse of the sun. At the March 20 eclipse, the moon’s shadow will cross over the frigid waters of North Atlantic Ocean. Eclipse fans – many of whom have seen multiple total solar eclipses – are waiting now in the Faroe Islands and the Svalbard archipelago, preparing to watch the eclipse. If you could join them during the eclipse, you’d experience what you see in Fred Espenak’s photo above … and, of course, much more.
(All Material on this post is from EARTHSKY.ORG)
Posted by PSRG FUN BLOG at 3/19/2015 11:35:00 AM