From Kevin [KG7KNS]:
A metallurgical cut 3 inches thick with rivets from the SS Nomadic --
-- the tender (supply vessel) to RMS TITANIC and RMS OLYMPIC. 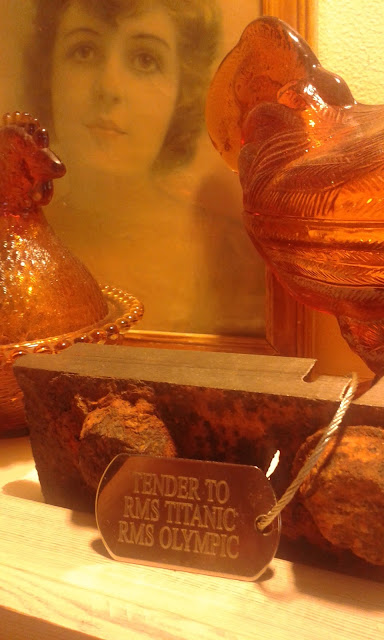 SS Nomadic is a steamship of the White Star Line,
launched on 25 April 1911 in Belfast.
She was built as a tender to RMS Olympic and RMS Titanic,
and is the only surviving White Star Line vessel afloat today. 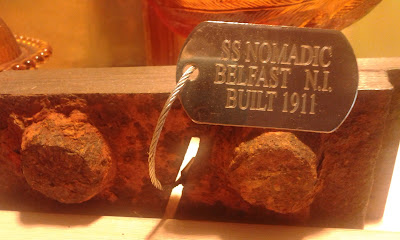 Nomadic was commissioned by the White Star Line in 1910, to tender
for their new ocean liners  RMS Olympic and RMS Titanic,
which were too large to dock in Cherbourg harbour.
She and her running mate SS Traffic ferried passengers, their baggage,
mail and ship's supplies to and from large ocean liners moored off-shore. 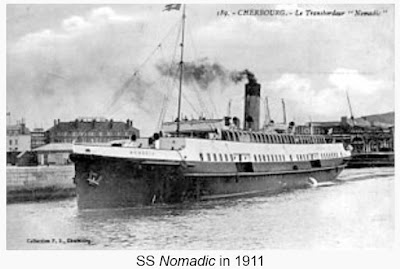