The story of “Tahoma-Ohanapecosh”
and the great tree gods 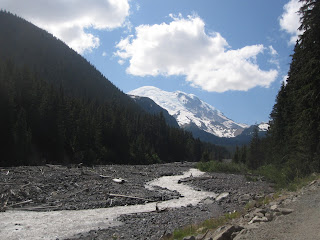 Long long ago before Mount Tahoma had its last eruption, there was a beautiful Indian Maiden from the Chinook tribe.  Her father, a Priest, a Shaman and the tribe elder had promised “Tahoma-Ohanapecosh” to the strongest brave in the whole tribe, “tall Tree man”.
One day as the beautiful “Tahoma-Ohanapecosh” was walking along the powerful “River of White Waters”  She spotted her intended. 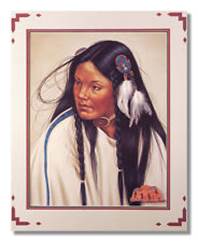 But what she saw was very very disturbing, for “Tall Tree Man” was flirting with young “Titi-Ka-ka”, the daughter of her father's brother.
Desperately she hid behind a large Fir tree, deathly afraid that she might be seen.  The embarrassment would be too much to bare.  So being a Shaman herself she summoned the tree gods to let her be part of this grand old tree so that “Tall Tree Man” would never know she knew of his unfaithfulness.
But it was too late for “Tall tree Man” had discovered her hiding method, and also being a shaman cast a spell on the great Douglas fir tree god and for eternity trapped the young “Tahoma-Ohanapecosh” as part of the noble tree.
And to this day you can see her Kneeling there, down behind the great tree. 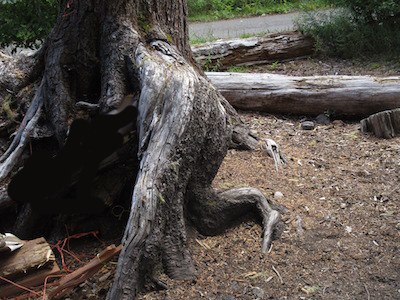