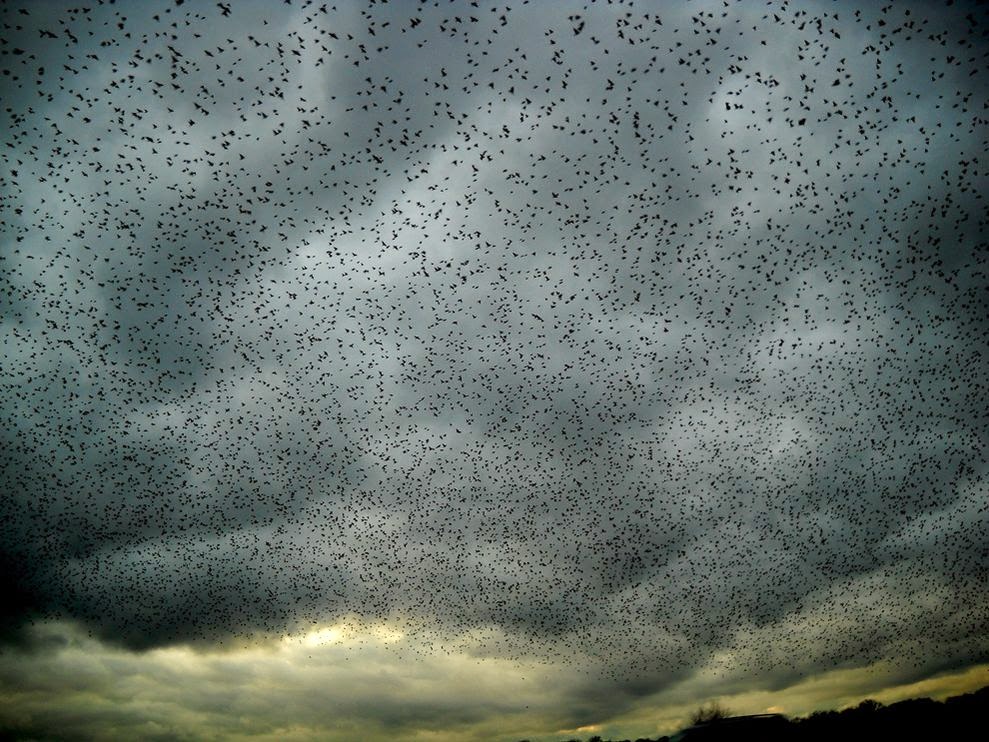 A murder of crows in northern California
February 23, 2011  Photograph by Jamie Zarza, My Shot
===============
-- As Mentioned on the April 29, 2015 Wednesday AM Net --
===============
One of the craziest oddities of the English language is that there are so many different collective nouns that all mean "group" but which are specific to what particular thing there is a group of: a herd of elephants, a crowd of people, a box of crayons, a pad of paper, etc. There is great diversity of collective nouns associated with animals, from a sleuth of bears to a murder of crows. The following is a list of the correct terms to describe groups of various types of animals.
from: Fun With Words 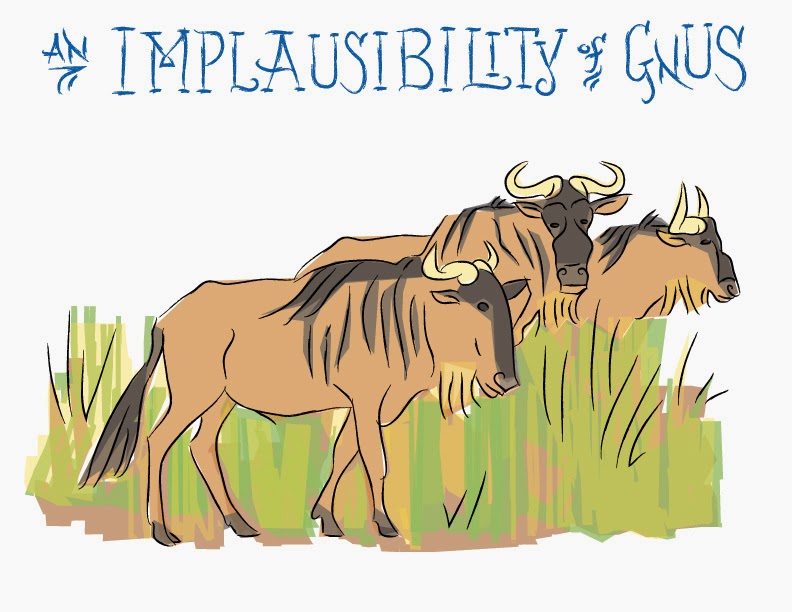