Thanks Kevin [KG7KNS] for sharing your Feast Day with us! 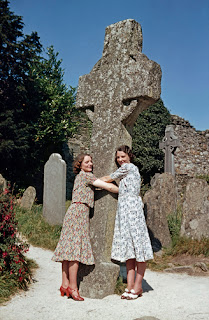 Today -- June 3 -- commemorates the Feast Day of Saint Kevin, the founder and first abbot of Glendalough in County Wicklow, one of the most famous abbeys in Ireland.
Born in 498 AD and baptized as Kevin or Coemgen, he studied for the priesthood, and after his ordination, Kevin moved to remote Glendalough.
There he lived as a hermit for seven years -- during which time he devoted himself to prayer and developed a deep respect for animals and nature.
In fact, he is considered to be the Patron Saint of animals, most notably blackbirds.
He soon attracted disciples and founded a monastery that flourished for six centuries, while Glendalough gradually becoming a major spiritual center in Ireland.
On June 3, 612 AD, Kevin died of natural causes and twelve centuries later, he was canonized in 1903.
How much do you know about St. Kevin and Glendalough.
A special 73! to Kevin [KG7KNS] of north Seattle for suggesting tonight's topic! Let's get feasting....
2016[23]Q -- Ins-Net Questions for June 03, 2016: "Happy St Kevin's Day" 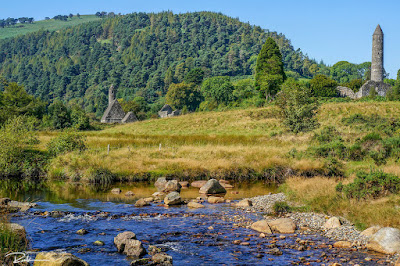 Glendalough which translated to English means “The Valley of the two lakes”
is an ancient glacial valley in County Wicklow, Ireland. 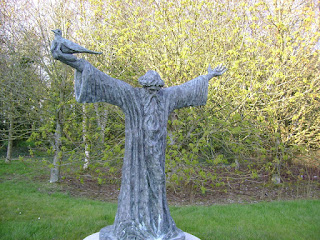